Saint Paul the First Hermit occupies an important place in the history and spirituality of our Order. It is from his name that our Order takes its name, and the Founding Fathers chose him as the Patriarch and spiritual guide of the entire Pauline community. As the first hermit, St. Paul, living alone with God, marked out the path of the Pauline vocation, which, apart from his pastoral activity, also means constant going out into the desert to meet God. Who was our saint patron and how did he live?

St. Paul the First Hermit was born around 227 AD, in the Egyptian city of Thebes (today’s Luxor), to a wealthy family that ensured his careful education in both Egyptian and Greek sciences. At sixteen he lost his parents and became, along with his older sister, the heir of a huge fortune. In addition to great knowledge and good upbringing, St. Paul was characterized by an extremely deep devotion and love for Christ. After the outbreak of persecution of Christians during the reign of Emperor Decius, Paul’s brother-in-law, taken by greed, decided to hand him over to the Romans in order to be able to seize a part of his property. Upon learning of this, Paul decided to run away and take refuge in the desert that would become his home forever. 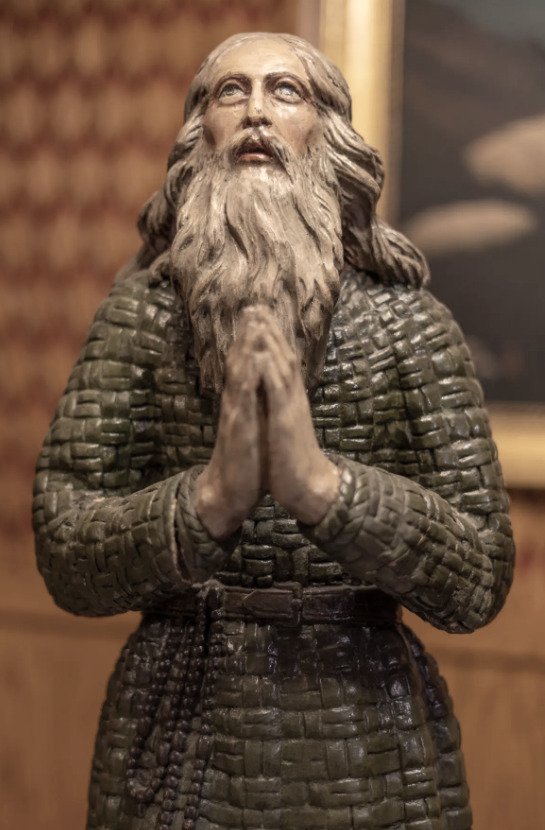 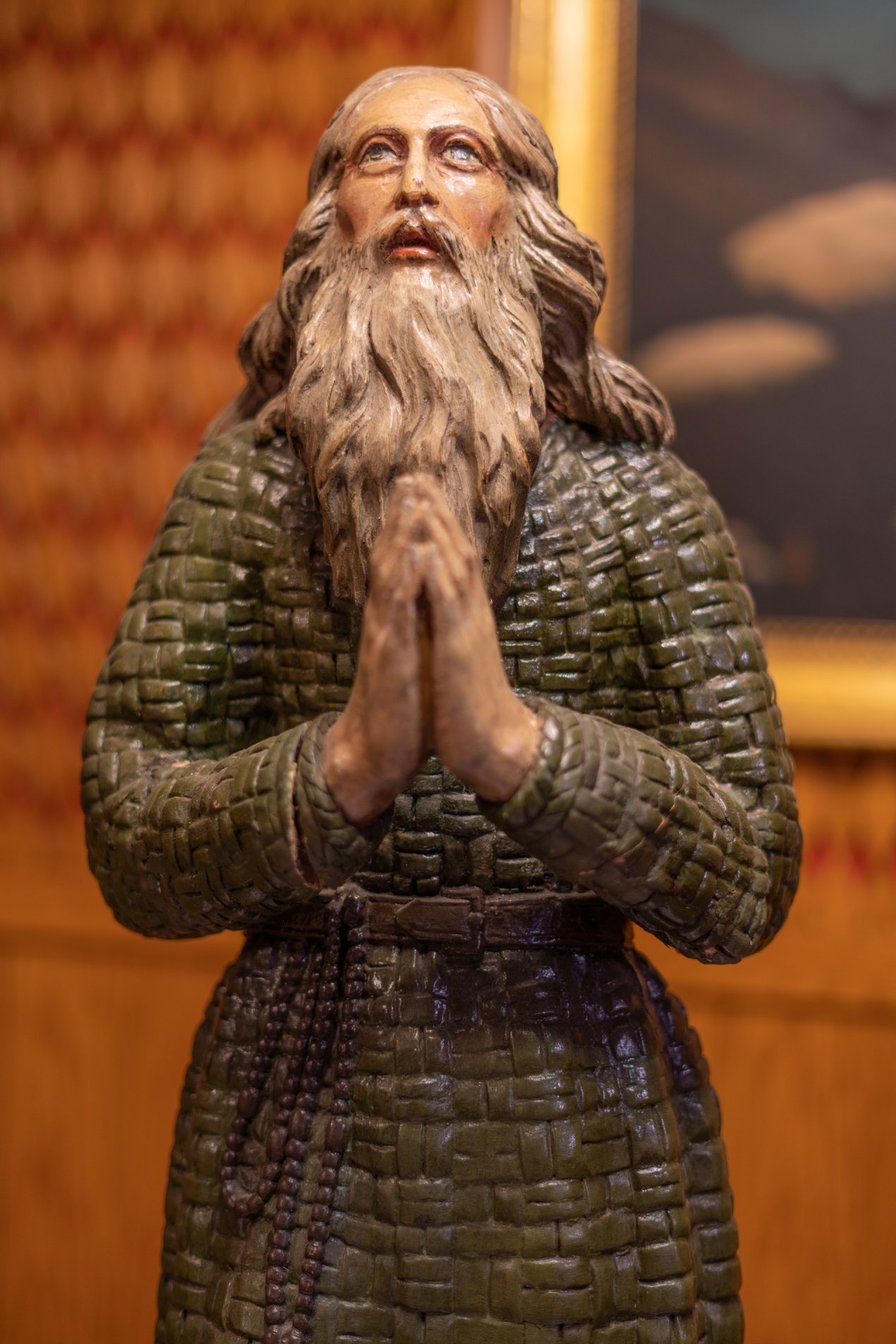 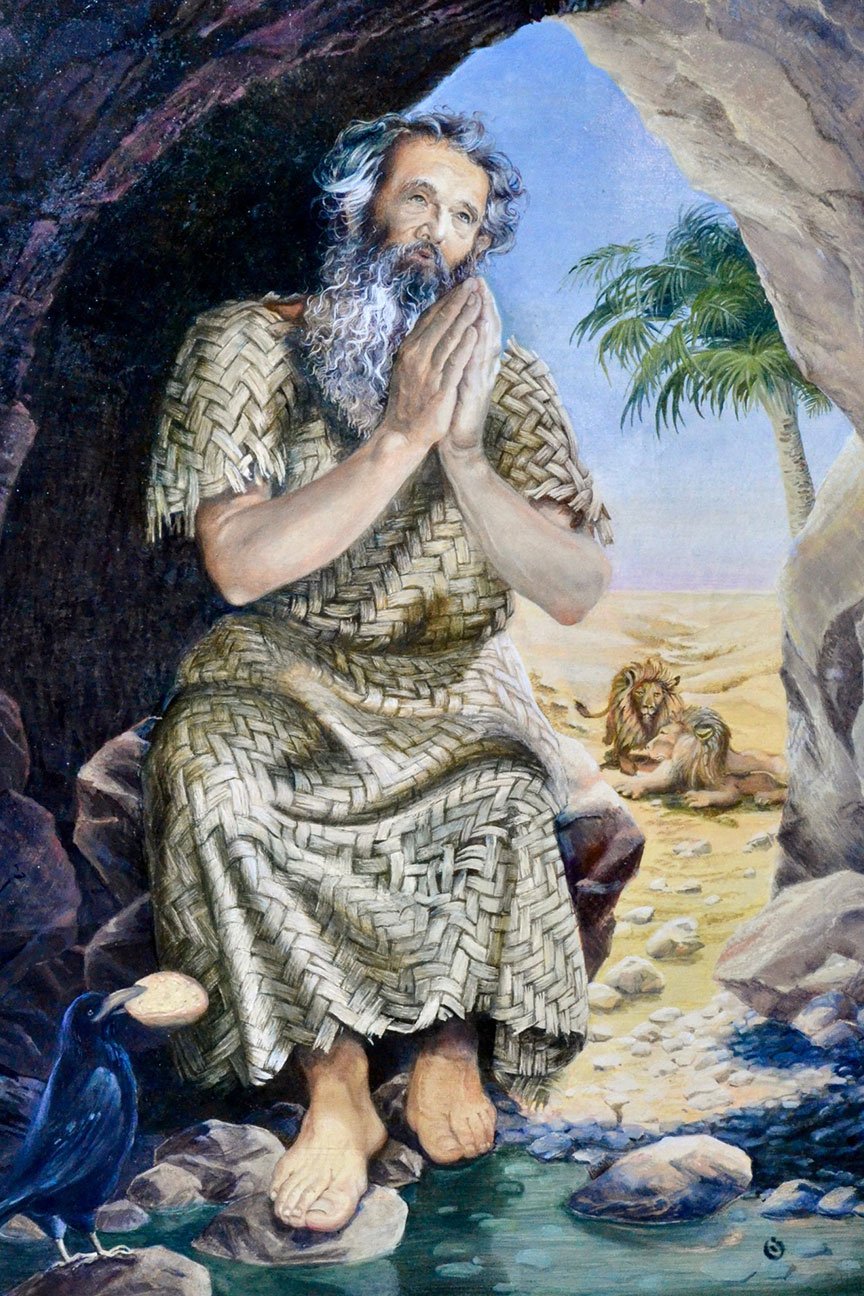 Wandering through the desert in search of shelter, St. Paul came across a small grotto with a spring inside and a palm tree outside. Grateful to God for His care, he decided to live there, devoting himself to work and prayer. He made a long tunic from the leaves of the palm tree. He drew water from the stream, and the raven provided his food, which God sent each day with half loaf of bread. In such conditions, in solitude and in prayer, St. Paul lived almost ninety years. 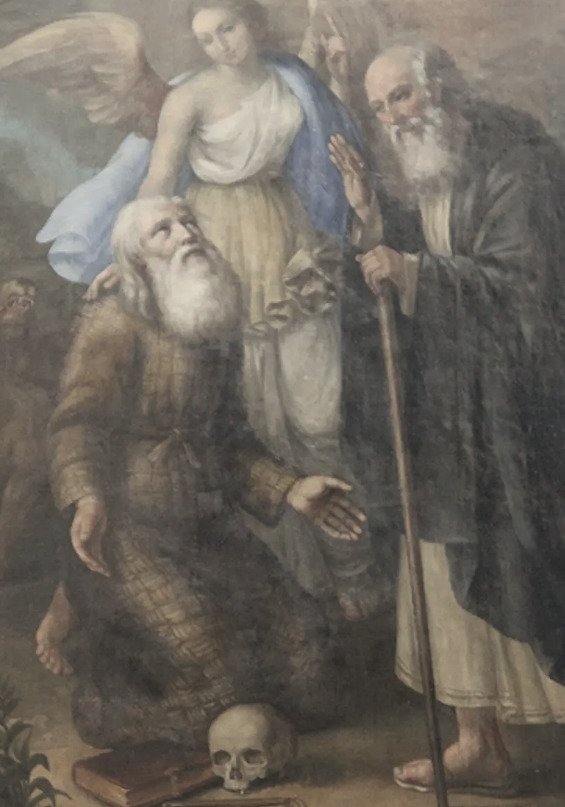 Shortly before his death, to the grotto of St. Paul came another hermit, St. Anthony, to whom God had revealed that there was someone older and more perfect in the depths of the desert. St. Paul rejoiced at this visit and asked St. Anthony about how the world lives, how Christians are doing, and whether persecution has ceased. During their conversation, a raven flew in, this time bringing a whole loaf of bread. Finally, St. Paul asked his guest to bring him the mantle of Bishop Athanasius, which he would wrap his body in after death, as a sign of unity with the Church community to which St. Paul remained faithful throughout his life in the desert. St. Anthony agreed to this request and set off on his way to his monastery. On the way back to the grotto of St. Paul, Anthony saw his soul ascend to heaven, and found his body in the grotto, in a kneeling position, with his hands raised to heaven. Wrapping the body of the holy hermit in a mantle,

he placed it in a tomb dug by the paws of two lions that came from the desert. St. Paul the First Hermit died at the age of 113. His life was described by St. Jerome. The figure of Saint Paul the First Hermit has inspired successive generations of Pauline Fathers and Brothers who, responding to the voice of God’s call, leave this world and live their everyday life alone with God. 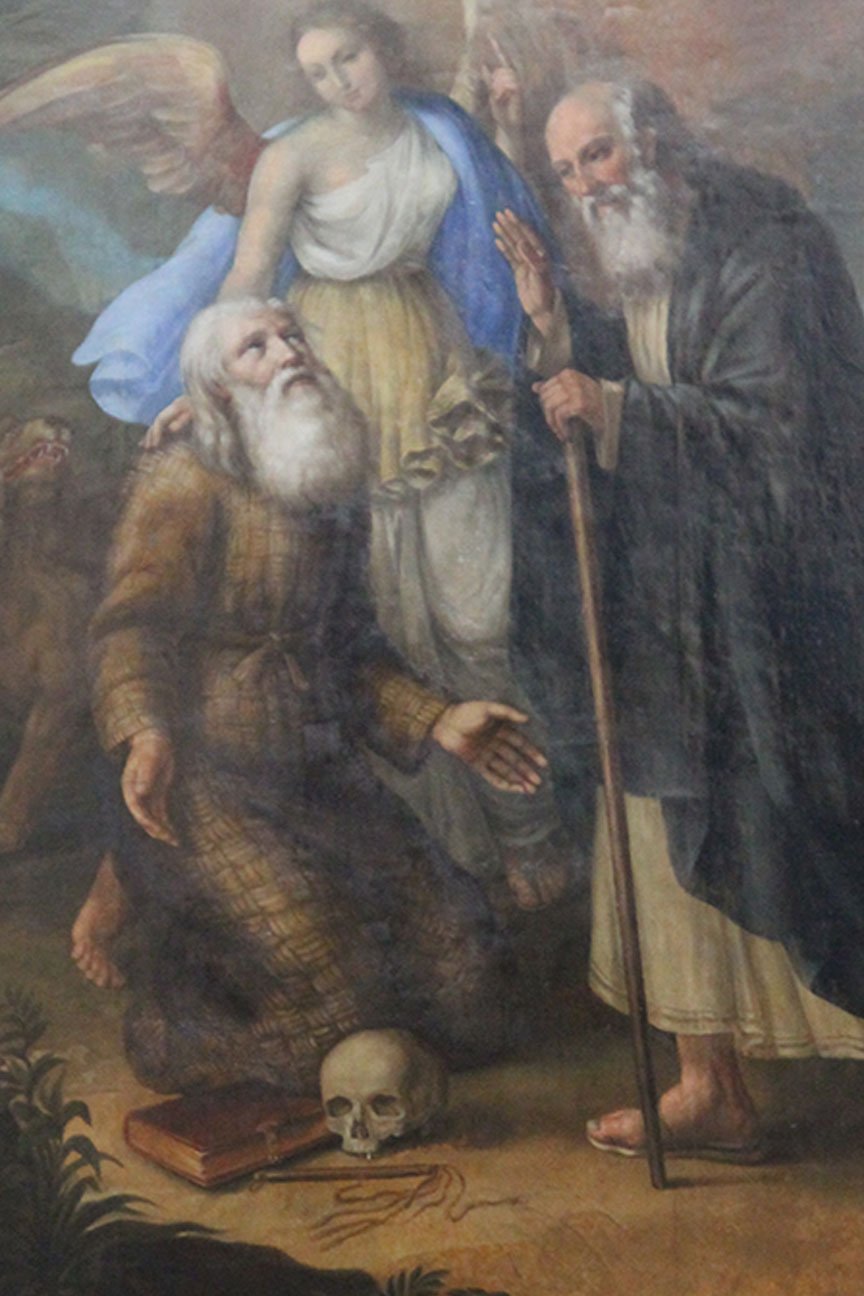 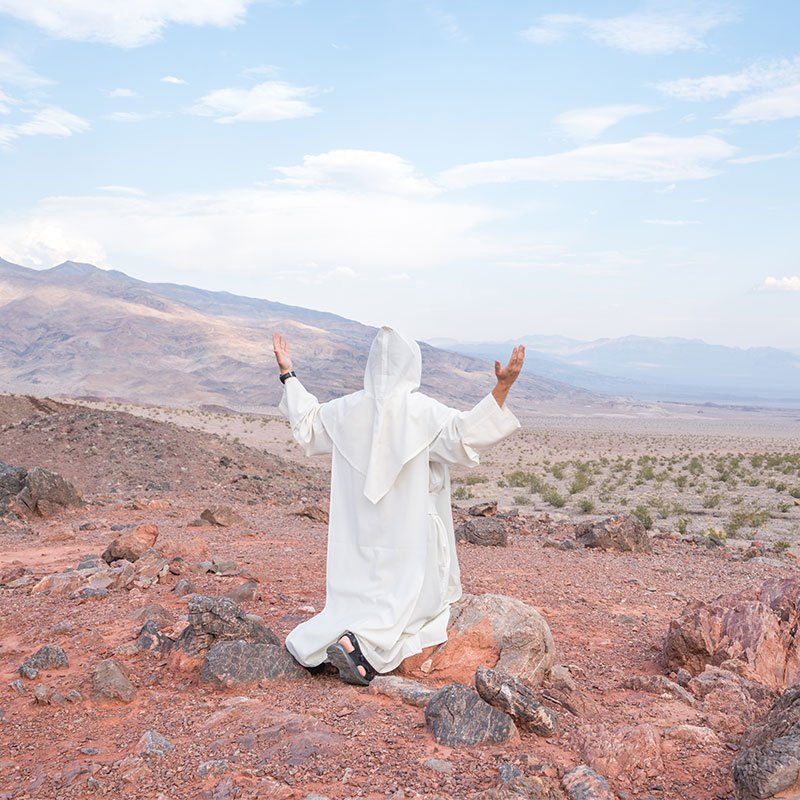 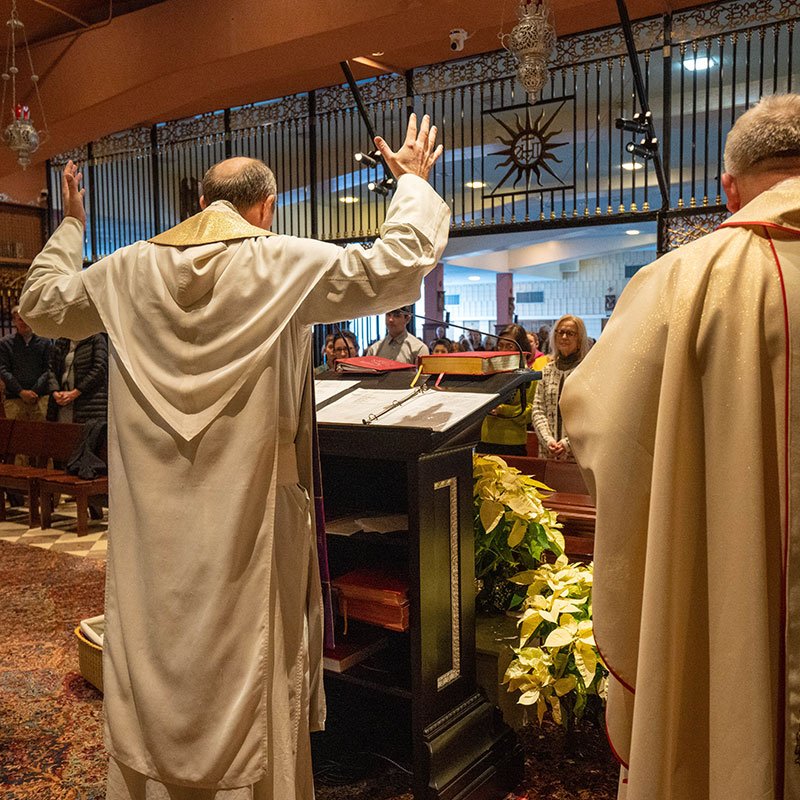 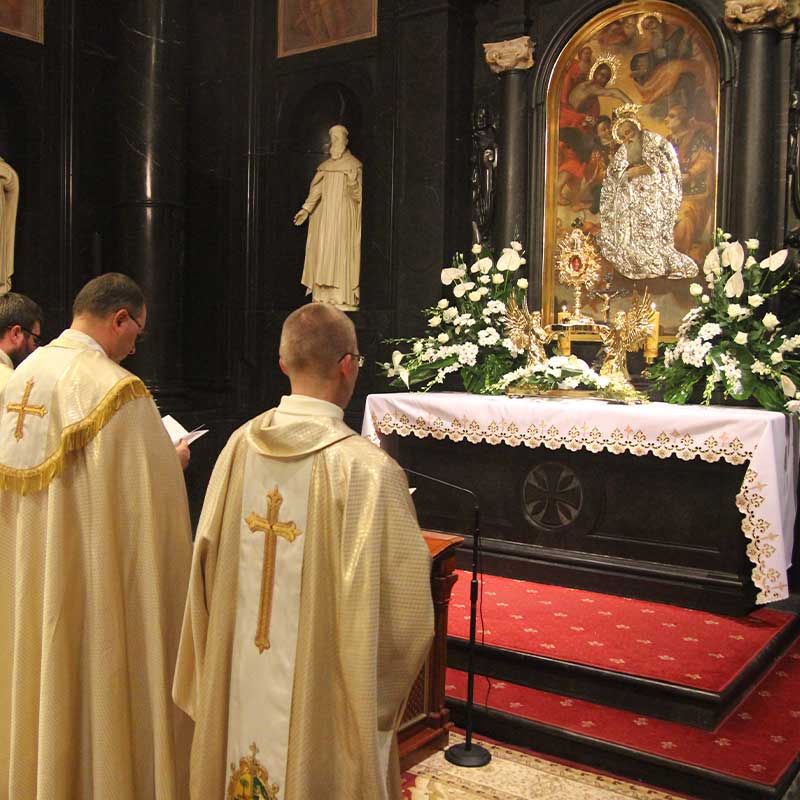 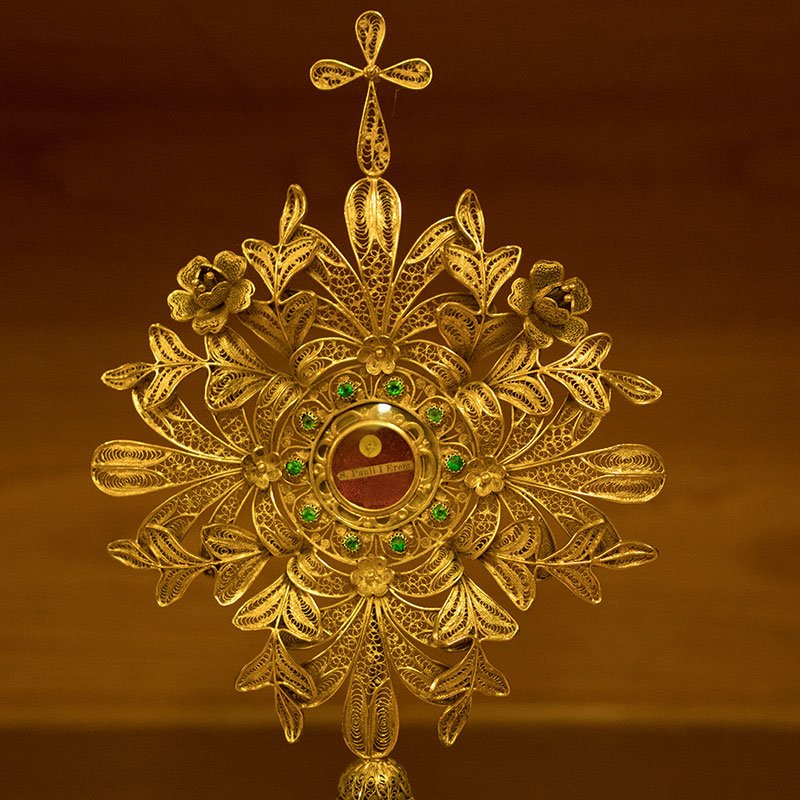 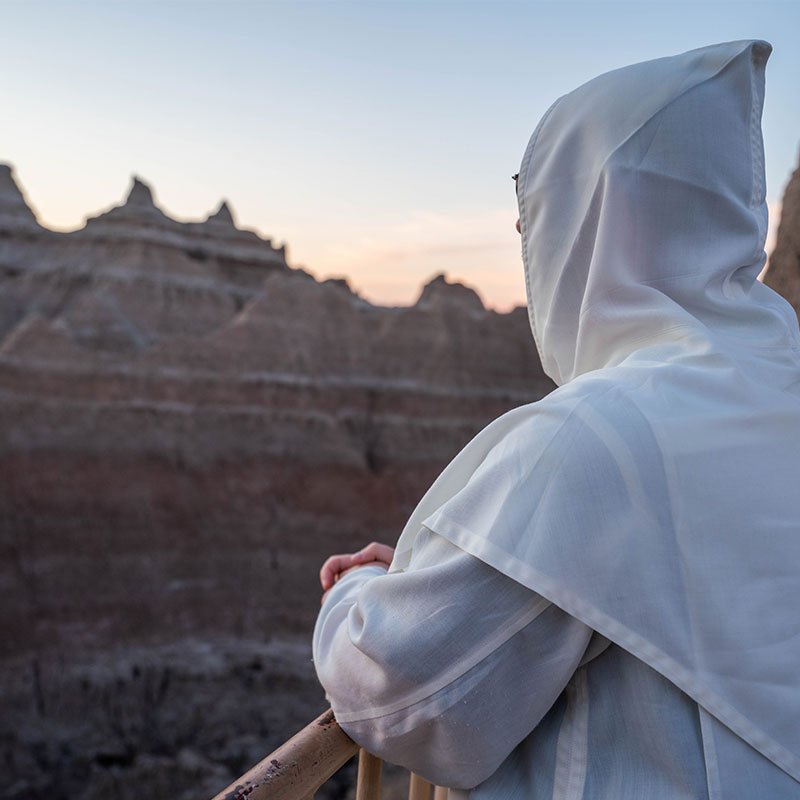 The Coat of Arms of Our Order

The life of St. Paul the First Hermit was associated with the desert, where he spent almost his entire life praying in solitude. It was not, however, a barren life, devoid of signs, which from the beginning to the end of his eremitical life God sent him out of His goodness and grace. These signs became symbols and made up our Pauline coat of arms, which appears on the cover of our constitutions, in our prayer books, and on the official documents related to our activities. The coat of arms of our Order consists of the following signs: a palm tree, a raven with a piece of bread in its beak, and two lions.

the meaning of the icon parts. 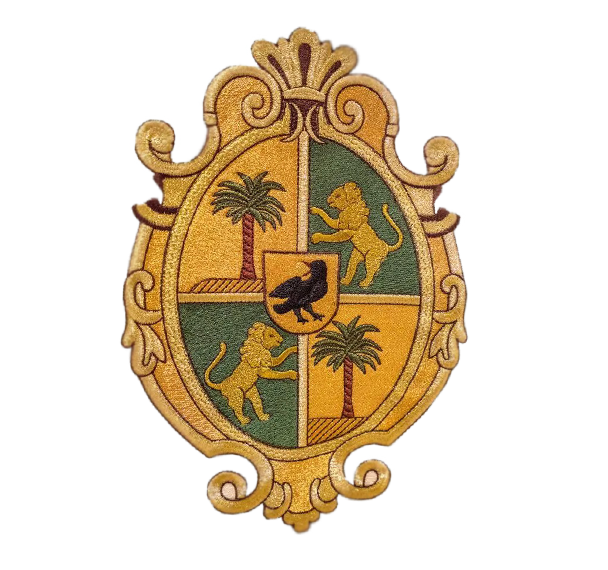 The palm tree is a symbol of martyrdom. We see it in the images of those saints who gave their lives for their faith in Christ. Saint Paul the First Hermit did not have to shed his blood for Christ, but this does not mean that he was not a martyr. Devoting his life exclusively to Christ, cutting himself off from the earthly life, St. Paul condemned himself to slowly die in silence and solitude, as a sign of a great sacrifice and an act of martyrdom for Christ. The palm has another important explanation. It grew over the grotto where St. Paul has lived. It gave him shade, protection from the rain, leaves from which he made himself a tunic, and also the dates which he fed on.

are a symbol of courage and strength. When St. Anthony did not have the strength to dig a grave and bury St. Paul the First Hermit, two lions suddenly appeared and, hitting the sand with their paws, dug a tomb in which the saint's remains were buried.

symbolizes God's messenger who flew to the hermitage every day with a piece of bread in its beak, giving St. Paul food to endure the hardships of a hermit's life. During the meeting with St. Anthony the Hermit, a raven brought a whole loaf of bread. 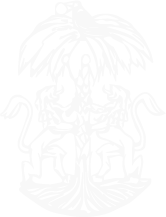